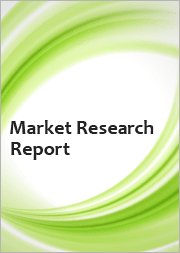 Desalination is a process that takes away mineral components from saline water. More generally, desalination refers to the removal of salts and minerals from a target substance, as in soil desalination, which is an issue for agriculture.

According to the International Desalination Association, in June 2015, 18,426 desalination plants operated worldwide, producing 86.8 million cubic meters per day, providing water for 300 million people. This number increased from 78.4 million cubic meters in 2013, 10.71% increase in 2 years. The single largest desalination project is Ras Al-Khair in Saudi Arabia, which produced 1,025,000 cubic meters per day in 2014. Kuwait produces a higher proportion of its water than any other country, totaling 100% of its water use.

Global Desalination market is expected to grow at a CAGR of XX% to reach market value of USD XXXX million by 2025.

Rapid population growth has increased the need for consumable water across the globe.

Although water covers two-thirds of the surface of the earth, only a small portion is suitable for human consumption.

Currently, one fifth of the world's population is facing scarcity in water resources. Another one quarter do not have access to water. According to the UN World Water Assessment Program, this water shortage is expected to affect up to 40% of world inhabitants by 2030.

The desalination chemicals such as borate, bromide, iodide, sodium and potassium pose the risk of developing harmful by-products when mixed with pure water, which could endanger the consumers, be it for drinking or for irrigation. Chemicals used in desalination processes are similar to those used in standard water production; however, they may be used in greater amounts and under different conditions.

The global desalination market is segmented by the source into seawater, brackish water, and wastewater. The seawater desalination segment is most widely applied, owing to the unlimited availability of water resources in the ocean and the need to meet growing demands of the global population. The desalination of brackish water offers advantages of inland feed water supply with low content of suspended fines and lack of organic pollutants and micro-organisms.

The companies are focused on the formation of strategic partnerships and construction of new plants in key geographical regions to expand their business reach. For instance, in April 2017, Doosan Heavy Industries & Construction signed a deal with Saudi Arabia's Saline Water Conversion Corporation (SWCC) to build the country's largest-capacity seawater reverse osmosis desalination plant in Shuaibah, near the Red Sea coast.

The desalination market in Saudi Arabia is the leading segment, owing to the demand for desalinated water from the industrial and manufacturing sector and support from the government including financial incentives and tax benefits.

The Kingdom of Saudi Arabia is the leading region in the world in the production and consumption of desalinated water, with the increased focus on the availability of clean water for drinking purposes and industrial use.

The companies are focused on collaborations and partnerships to expand their product portfolio and strengthen business position.

For instance, in July 2018, Doosan Heavy Industries and Construction Company announced an alliance with the Al Asilah Desalination Company (Asilah) to design, finance, build, operate and maintain a new seawater desalination plant in Oman, based on multi-effect distillation and reverse osmosis techniques.

In January 2018, Acciona, S.A. completed the construction of a desalination plant in Cagliari, Italy, which will provide high-quality demineralized water through reverse osmosis process. The development is in line with the company policy to diversify its industrial project portfolio in the region.

Why purchase the report?